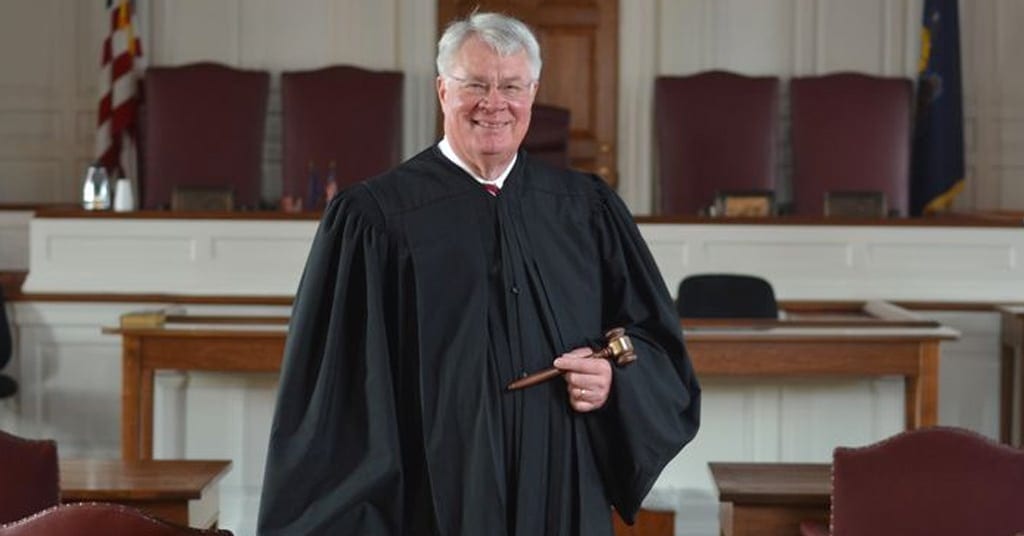 Earlier this summer, Hamburg attorney A. Joseph Antanavage thought his immediate future was his retirement at the end of the year.

But instead of planning for more time fishing and golfing, Joseph Antanavage will be donning a long black robe and testing out a gavel as Berks County’s newest judge.

Joseph Antanavage, 67, of Strausstown was sworn in as judge Friday morning at the Berks County Courthouse surrounded by family, friends and colleagues from his 38-year career as a lawyer.

“This is obviously a marvelous day for me,” Antanavage said after taking the oath of office. “The only thing I can really say is thank you to all the people who have participated in this endeavor and made it a reality.”

A long round of applause turned into a standing ovation as Joseph Antanavage took a seat at the front of the courtroom with the other judges.

Antanavage said after the ceremony that he didn’t know if he would ever become a judge, mostly because he wasn’t interested in the campaigning aspect of running for the esteemed position.

Instead, he was appointed by Gov. Tom Corbett and the Senate confirmed him to fill the vacancy created when Judge Jeffrey L. Schmehl moved to the federal bench about a year ago.

Joseph Antanavage will serve the roughly 17 months remaining on Schmehl’s term and does not plan on running for a new term because the mandatory retirement age for judges is 70.

During his career, Joseph Antanavage has served in the district attorney’s office, alongside President Judge Paul M. Yatron and Judge Scott D. Keller; was president of the Berks County Bar Association; and ran his own practice, most recently with his daughter Alexa S. Antanavage and son-in-law Russell E. Farbiarz.

His fellow judges agreed that they couldn’t think of anyone better suited to fill the role and welcomed him warmly, sharing stories from some of their first interactions with him.

Like many people at the ceremony, G. Thompson Bell, president of the Berks County Bar Association, said he was surprised, but pleased, to hear Joseph Antanavage was nominated for the position when it went public June 20.

At the association’s picnic a few days before, the two men had been discussing Antanvage’s retirement plans.

He said Joseph Antanavage will undoubtedly be a tremendous judge due to his intelligence, humor, civility, compassion and extraordinary common sense.

“My prediction is that we’re only going to have one regret at the end of his relatively brief time as a judge,” Bell said. “And that is, at that point, he really will be retiring.”